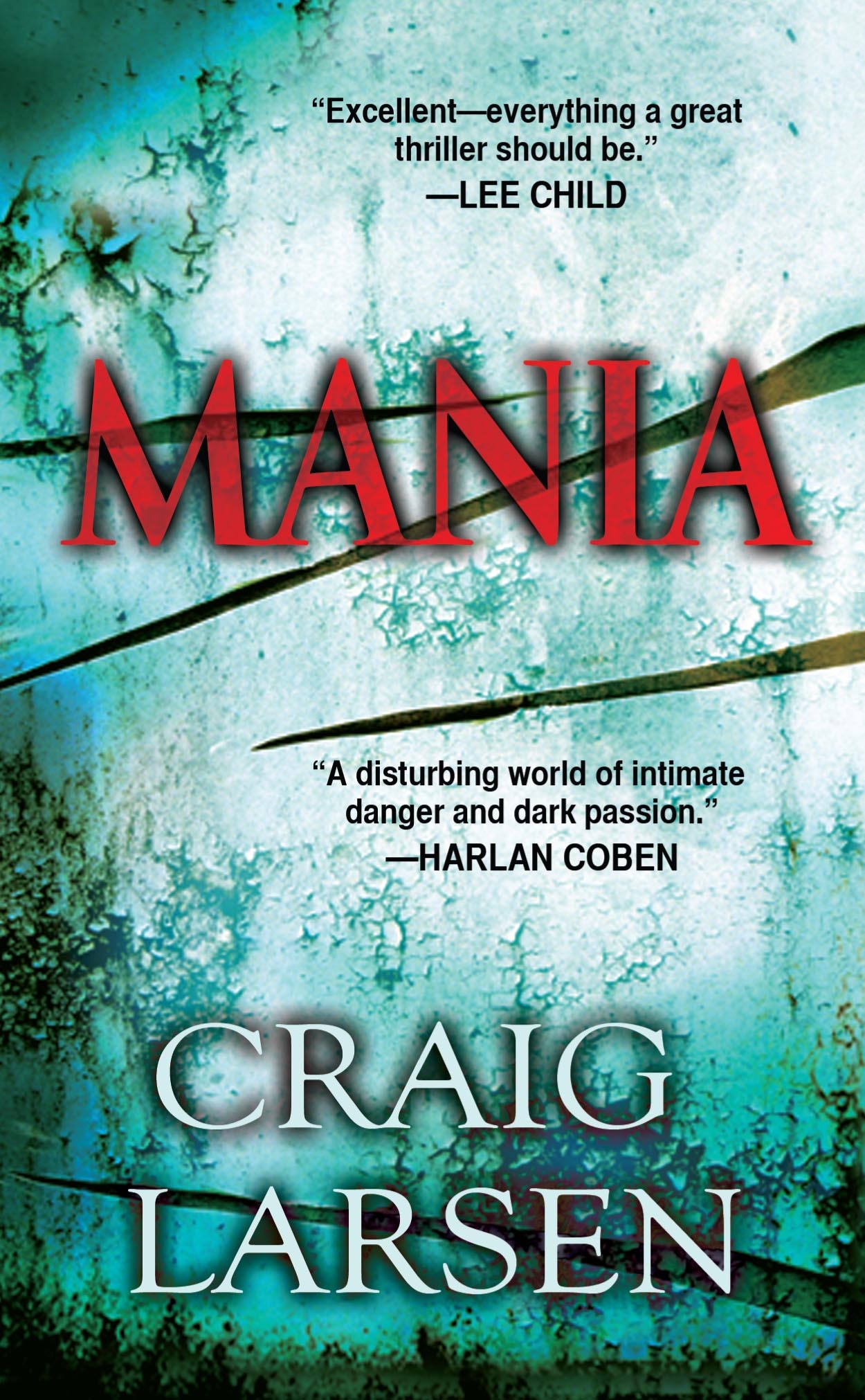 On the foggy streets of Seattle, a serial killer known as the Street Butcher is terrorising the city. Newspaper photographer Nick Wilder is accustomed to seeing gruesome homicide scenes. But when the Street Butcher claims Nick’s brother his latest casualty, the case suddenly becomes very personal. Determined to find his brother’s killer, Nick stumbles into a dizzying labyrinth of deceit and danger. As he digs deeper, Nick discovers his own past holds a key to unmasking a clever, diabolical psychopath. But the real motives behind the murders are as cold and stark as Seattle’s winters – and much more blood will spill before Nick learns the horrifying truth.

“Excellent – everything a great thriller should be.”—Lee Child

“Larsen takes you into a disturbing world of intimate danger and dark passion.” —Harlan Coben

“Harrowing and twisted, Mania takes readers on a dark journey of bone-chilling terror. This is a white knuckle read!” —Gregg Olsen

“In Mania, Craig Larsen taps into the deepest terrors locked in our cracked minds. There is real evil here, combined with the greatest of all fears, that the evil we fear most resides in our own hearts. A fast and thrilling debut.” —William Lashner

“One of the most impressive thriller debuts of 2009.” —art-n-literature.com